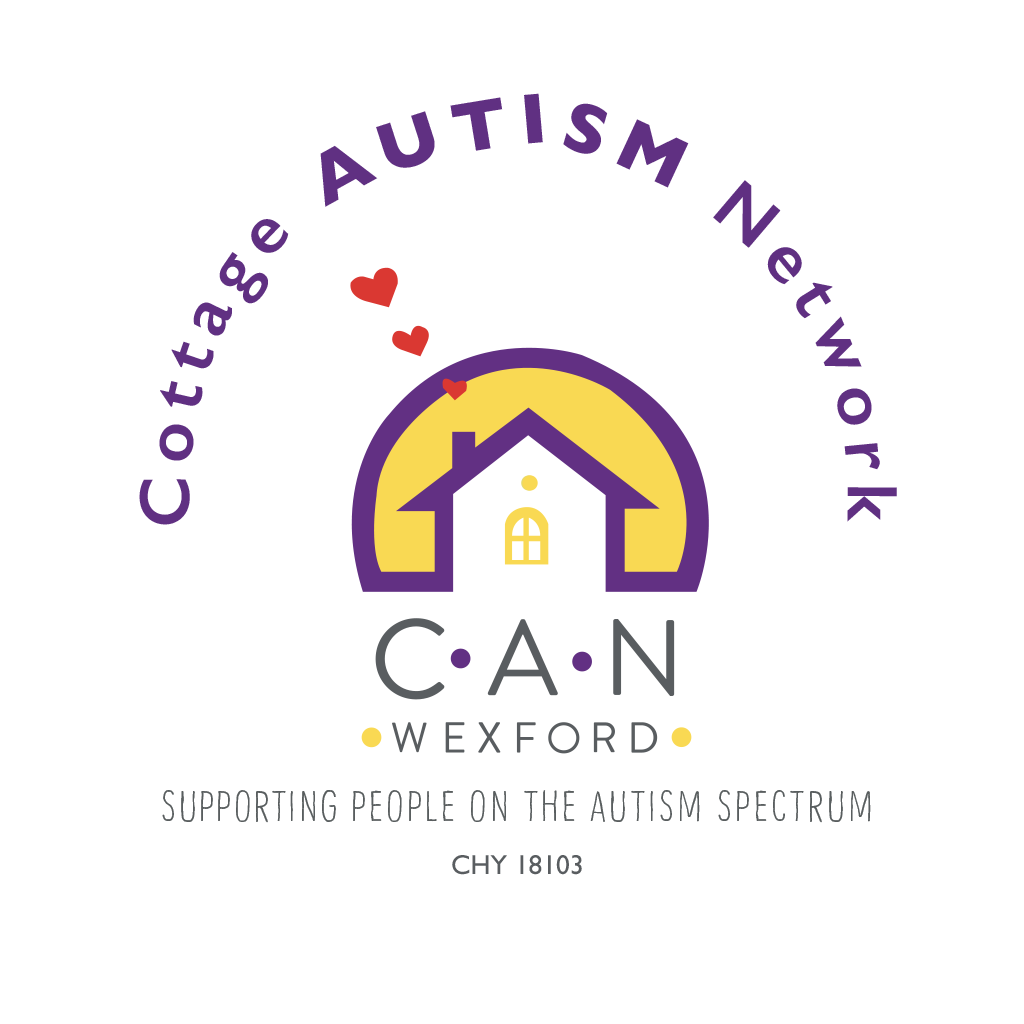 The following are definitions of commonly used terms you may encounter.

ADD:
Attention Deficit Disorder is a term used to describe a condition where the person is experiences a persistent pattern of inattention above the levels expected for their mental and chronological age

Attention Deficit Hyperactivity Disorder is a term used to describe a condition where the person experiences persistent patterns of hyperactive behaviour and impulsivity, and significant levels of inattention may also be present, over and above the levels expected for their mental and chronological age.

A scientific, charted approach delivering in an intensive (1 on 1 where appropriate) individualised programme for children with ASD using a series of trials to shape a desired behaviour and to eradicate an undesirable behaviour. Skills are broken down to their simplest components and taught to the child through a system of reinforcement.

Process of gauging the development, strengths and weaknesses of a child/person carried out by trained professionals using internationally recognised assessment tools specific to their discipline in tandem with observation and parental/carers input.

An autistic spectrum disorder where difficulties with social interaction and related communication, rigidity in routine, activities and interests , sensory and stereotypical behaviours exist alongside normal cognitive functioning and language development.

A term used to describe the range of abilities and disabilities across the autistic community which can be defined as Severe, Moderate, Mild, High Functioning Autism, Asperger’s Syndrome, PDD-NOS.

The diagnosis of Autistic Spectrum Disorder means that the person presents with difficulties interacting and communicating and displays stereotypical behaviours eg, hand-flapping or preoccupations of unusual intensity and focus. These difficulties exist across the areas of socialisation, communication and imagination, termed the ‘triad of impairment’. The degree to which these difficulties are present will determine where on the autistic spectrum the person is.

An autistic individual who displays incredible aptitude for one or two skills (e.g. amazing musical or artistic ability)

The use of other tools to enable a child to develop communication and/or language skills. They may include sign language, PECS (see below) and assistive technology (see below).

Technical equipment which is used to help the person with a disability to tackle tasks where their disability would normally restrict them or cause them difficulties. For someone with ASD who has problems writing this could mean the use of a laptop, or CD-ROM programmes to help with communication/language and social skills.

A term used to define the intellectual capacity of an individual based upon the assessment of a wide range of skill, non verbal practical reasoning skills, memory and processing speed.

Refers to the skills required by individuals to be used on a daily basis to meet their basic needs. These would include washing and dressing, feeding, cooking, cleaning, shopping and travelling.

The delay of developmental milestones or emergence of skills beyond the normal timeframe, occurring in one or more areas eg, motor, language, social or cognitive skills.

The recognition of a disability, disorder or condition, as defined by specific characteristics or symptoms.

A diagnostic schedule for Autistic Spectrum and related disorders and assessment of needs.

The official system for classification of psychological and psychiatric disorders prepared and published by the American Psychiatric Association and one of the internationally recognised diagnostic tools for ASD.

The difficulty or inability to carry out motor planning resulting in clumsiness and poor co-ordination skills. Affects both gross and/or fine motor skills.

The provision of both educational and clinical services required by a young child who has autism or developmental delay. Early Intervention is needed to provide the child with the maximum opportunity to develop non-existent or delayed skills.

Also known as ‘parroting’. Refers to when a child copies what has been said, sometimes with the same intonation and/or accent, rather than responds in an appropriate way in their own voice. It shows a lack of comprehension of what has been said to them and of communicative intent on their part.

The use of language to communicate to others one’s needs and emotions and to share experience and information. F Fine Motor Skills: The use of hands and fingers to tackle tasks requiring small, precise and controlled movements.ie, the use of tweezers. The development of this skill is required for tasks such as writing.

This refers to delayed attainment in milestones across a range of different areas e.g. speech and language, motor skills, cognitive development, rather than in one specific area only.

The use of muscles or groups of muscles to engage in a task or activity such as walking or cycling. Requires the development of balance, co-ordination and control of muscle groups.

Individuals with autism who are not cognitively impaired are called high functioning.

The ability to fix ones vision on an object or point and be able to judge the movement needed by the hand to complete a task in sync with the visual information being received. A good example is the ability to throw or catch a ball.

Refers to high levels of activity and energy significantly above those of a peer.

The sensitivity of an individual to external stimuli (ie. sensations from their environment) which causes an overwhelming response in their sensory system due to neurological deficits which affect the body’s ability to appropriately process and perceive sensation. For example, for a child who is sensitive to touch, someone brushing lightly past him may be perceived as painful and distressing, causing him to cry out in pain or to lash out at the person who touched him.

This refers to individuals whose sensory systems fail to gain sufficient information from their senses, resulting in their systems being under responsive to sensory stimuli. This can be seen in children who seek self-stimulation and behaviours may involve rocking back and forth, or high activity levels in an effort to gain strong sensory feedback which the body can register.

Where the language or a phrase used by the speaker with ASD is contextually inexplicable to the listener although the relevance of the terminology used is obvious to the speaker and usually related to an event in the past which has developed into a form of word association for them.

A plan that identifies the student’s specific learning goals and outlines how the school will address these expectations through appropriate special education programmes and services. It also identifies the methods by which the student’s progress will be reviewed. The IEP is a plan which requires input from teachers, resource teachers, SNA’s, clinical team members ie, Speech and Language Therapists, Occupational Therapists and behaviour specialists, parents and ideally, the student.

ICD-10 (International Classification of Diseases of the World Health Organisation):

The ability to follow another’s gaze and to share the experience of looking at an object or activity.

Individuals with ASD often have difficulty understanding metaphorical language, sarcasm and language used within play, taking a literal meaning from what has been said. ie The saying “It’s raining cats and dogs” would be taken literally. In the same way, if someone sarcastically said “Of course – you are so clever” the response from the person with ASD may be “yes, I am” or if another child within imaginary play said “I’m going to kill you”, it could be perceived by the child with ASD as being a declaration of intent.

An team comprising of a variety of professionals of different disciplines. Usually consisting of a Clinical Psychologist, Occupational Therapist and Speech and Language Therapist and may also include an Educational Psychologist and/or a Clinical Psychiatrist. The use of a Multidisciplinary Team for assessment means that a holistic picture of the strengths and weaknesses of the individual across the different areas of development can be gauged and full and appropriate interventions recommended.

Often referred to as praxis, involving the idealisation (understanding of a task), organisation (planning the task) and its execution (carrying out the task).

An impulse to or engagement in an activity or interest to the exclusion of other activities or interests. Obsessive behaviours can have a self-calming or self-stimulatory effect and are not consciously controlled by the individual.

A severe impairment in the development of social interaction associated with impairments of either verbal or non verbal communication skills or with the presence of stereotyped behaviours, interests and activities. Such criteria are not pervasive and extensive enough to meet the criteria for Autistic Disorder.

Allows children and adults with autism and other communication deficits to initiate communication through the use of a system of picture symbols.

The use of language to communicate within a sequential structure.

The ability to understand language and to follow verbal instruction.

The conscious use of a pattern of doing a task or engaging in an activity which often is reassuring to the individual. The break from the ritual can result in anxiety and feeling of loss of control for the individual and may result in undesirable behaviours or SIB’s (see below).

People with ASD often have poor social skills. This means that they have problems with social communication (see above), which may result in them invading other’s personal space, returning to a point of discussion when the conversation has moved on, talking about a topic to the exclusion of others and not registering the physical cues from others (ie yawning), poor eye contact and non- understanding of intonation, sarcasm and social mores.

Short for ‘self-stimulation’, a term for behaviours whose sole purpose appears to be to stimulate one’s senses. May serve a regulatory function (ie. calming, increasing concentration or shutting out an overwhelming sound).

This is a therapeutic approach broadly based on the idea that individuals with autism more effectively use and understand visual cues. It focuses on promoting independence by using items such as picture schedules to break down tasks step-bystep. This enables an individual to better comprehend and perform the task independently. This approach often aids receptive communication and sequential memory.

The ability to understand that others have beliefs, desires and intentions that are different from one’s own.

The movement from one activity to another or from one place to another. People with ASD often find transition difficult and careful preparation of activity schedules or gradual introductions to new environments can help reduce anxieties around transition.